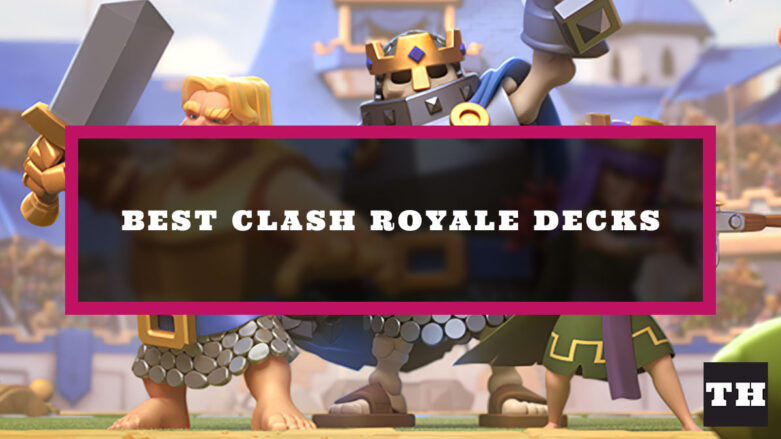 Clash Royale is a popular card game that is developed by Supercell, who are know for other games like Clash of Clans, Brawl Stars, and Boom Beach. In this action card game, you will be creating a deck and placing the cards on the battlefield to defend and attack your opponent’s towers. There’s quite a bit of strategy involved, and being able to play a deck correctly is important. However, knowing which cards to play is also a big aspect of winning. That’s where this post will help, because not everyone knows how to build a deck, and we’ll eliminate that aspect of the game for you by presenting the best decks for Clash Royale in this guide.

As we head into December 2021, it looks like decks like LavaLoon, Clone, and LumberLoon have reached the top of the meta as of right now. While the Champion cards initially caused a splash, it doesn’t appear that they are good enough to hang around in some of the better decks at the moment. However, Archer Queen and Golden Knight do see play, it looks like Skeleton King is on the outside looking in.

This deck that includes Baby Dragon, Bats, Clone, Fireball, Flying Machine, Lava Hound, Lumberjack, and Skeleton Army is one of the top options for the ladder right now!

Double Dragon is a pretty well-known archetype, and here it runs the powerful Balloon to drop bombs on opponent’s towers. To run this list you will need Balloon, Barbarian Barrel, Bowler, Electro Dragon, Freeze, Inferno Dragon, Lumberjack, and Tornado.

LavaLoon is a well-established deck that remains quite a good option to bring to the ladder. You are including Balloon, Fireball, Guards, Lava Hound, Mega Minion, Skeleton Dragons, Tombstone, and Zap. Lava Hound is a beast and can tank damage and dish it out. The Balloon can also hit towers hard, and you have Fireball and Lightning to protect you from swarms and if things get out of hand.

This deck is also known as SimCity, because of all the building you are going to be placing. To bring this deck into battle, you are going to need Barbarian Barrel, Cannon Cart, Fireball, Flying Machine, Furnace, Goblin Hut, Mega Knight, and Mother Witch!

If you’re looking for one of the better lists to run PEKKA in right now, then this version with Archer Queen and Bandit should work out for you. It includes Archer Queen, Bandit, Electro Wizard, Fireball, Goblin Cage, PEKKA, Royal Ghost, and Zap.

Watch it in action via this video by Morten:

Those are all of the best decks in the meta right now for Clash Royale! We have additional details on a variety of things going on with the game in the Clash Royale section of our website, so be sure to check it out.