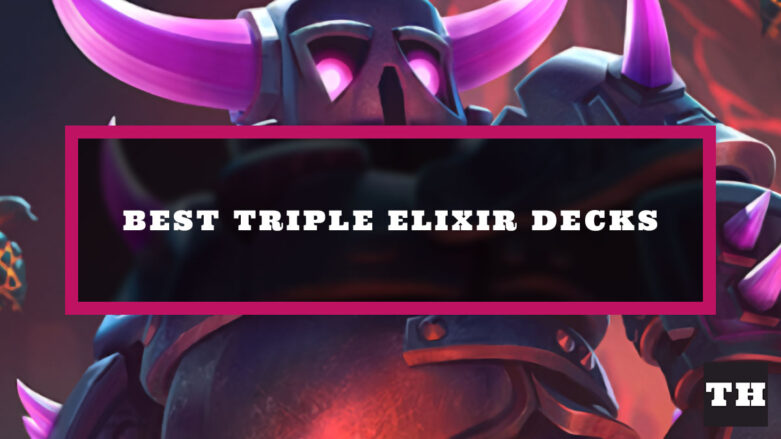 The Clash Royale Triple Elixir Challenge will have you ready to play a variety of cards quickly due to the massive amount of Elixir you will be generating. This is a great time to dust off those high cost cards you have, because you should now have plenty of time to play them on the board! If you aren’t much of a deck builder, we have some of the best decks for the challenge listed below.

With the Triple Elixir Challenge, you will generally be wanting to use decks that feature high cost cards because you will be generating so much Elixir! Use these powerful units to beatdown your enemy and take down their towers!

This deck features Baby Dragon, Goblin Cage, Guards, Inferno Dragon, Lava Hound, Miner, Poison, and Valkyrie. This is the deck that Morten used to complete the challenge, and you can learn how to play it by checking out his video on it!

This is a high win rate list that features Baby Dragon, Fireball, Flying Machine, Goblin Cage, Lava Hound, Lightning, and Valkyrie. Lava Hound and Dragons are going to be a common inclusion in a lot of the decks for this challenge, so hopefully you have them leveled up!

Another popular version of this deck features Poison rather than Fireball, so play either card depending on how leveled up they are and how much experience you have with each!

Another double dragon list, but this one goes with Electro instead of Inferno Dragon. The rest of the deck includes Baby Dragon, Barbarian Barrel, Cannon Cart, Golem, Lumberjack, Mega Minion, and Tornado!

You will find that this deck is quite a bit different from a lot of the other ones on this list. You will be running Barbarian Barrel, Cannon Cart, Fireball, Flying Machine, Furnace, Goblin Hut, Mega Knight, and Mother Witch.

If you play a Clone deck in your normal laddering then you might find this version of the list to your liking. You will be running Baby Dragon, Bats, Clone, Fireball, Flying Machine, Lava Hound, Lumberjack, and Skeleton Army.

Those are all of the best decks for the Triple Elixir challenge in Clash Royale. You can find more great deck lists and information on the game in the Clash Royale section of our website.