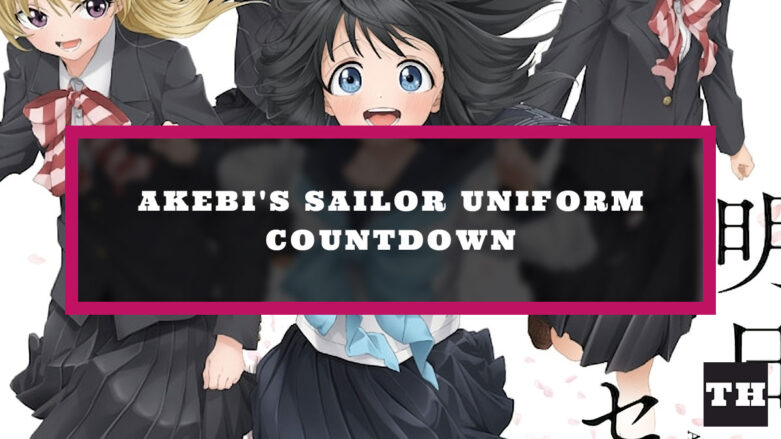 Akebi’s Sailor Uniform aka Akebi-chan no Sailor-fuku is a Japanese manga series that is written and illustrated by Hiro. An anime television show adaptation of the comic has been developed by CloverWorks, which premiered in January 2022. If you want to know exactly when the next episode is going to release, we’ve got the release time displayed below in countdown form, so you will know when you can kick back and watch the newest episode of the show!

The premiere of the first season launched on January 8th, 2022. There will be 12 episodes in total for Season 1.

Where to Watch Akebi’s Sailor Uniform

Akebi’s Sailor Uniform can be watched on Crunchyroll, Funimation, and Wakanim. You will need a premium membership on whichever of the platforms to watch the episodes right now. It is possible that they will go free after a week or so, but that hasn’t been confirmed yet.

Here’s the official description Funimation with the basic details of the series:

It’s Komichi Akebi’s first year of junior high and she has her heart set on one thing: Robai Private Academy’s sailor uniform. As the next chapter of her life gets closer, she dreams of all the exciting new experiences she’ll get to have—school lunches, classes, club activities, and of course, making lots of friends! With her favorite outfit on, Komichi feels ready for anything.

It is not clear when an English dub of Akebi’s Sailor Uniform Season 1 will be available. If it sticks to the industry norms, then you can expect them to be released 1 – 3 months after the Japanese Sub versions are out. Keep in mind that you will likely need to have a premium subscription to one of the streaming services to access them.

That is all you need to know on when to expect the next episode to release of Akebi’s Sailor Uniform! You can find more release times for your favorite anime in the Anime Countdowns section of our website.