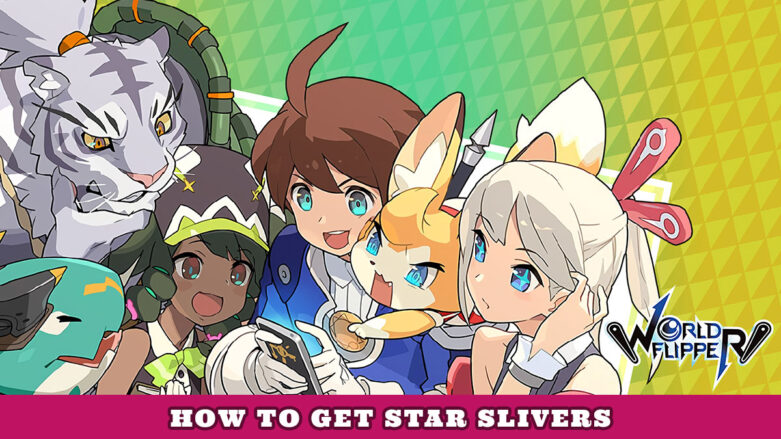 World Flipper will have you smacking around your units on a pinball board in an attempt to take out fearsome enemies! To make it far in the game, you will require some powerful units! One of the ways to get units, armaments, and trading items is to head to the Star Sliver Exchange! However, obtaining this illusive currency can be confusing, so we’ll demystify it for you!

Keep in mind that as I researched this currency, I have seen people refer to them as “Star Silvers”, but in-game it is labeled as “Star Slivers”. This can lead to a bit of confusion, but they are the same thing.

To get Star Slivers in World Flipper, you will need to purchase Loadstar Beads with real money. While the beads may appear the same as free ones, the ones you purchase are different. When you use 75 Paid Loadstar Beads, you will receive 1 Star Sliver. This mechanic appears to mostly be for players that are deemed as “whales” of the game, who will spend a lot of money attempting to get specific characters.

You can get 2 Star Slivers by using the Daily Single Pull, which is reset each day. This can only be done with Paid Loadstar Beads, but if you have purchased any, you will want to make to do this every day because it’s the best deal.

Star Slivers are basically a pity system, but are only for players who spend big cash on the game. If you head to the Star Sliver Exchange, you will see that it will cost 300 Star Slivers for a 4-Star and 600 for a 5-Star. That means you’d have to use 22,500 Paid Loadstar Beads to get the 4-Star, and a whopping 45,000 to get a 5-Star. This does not factor in the Daily Single Pull, which would help slightly.

Just to get a 4-Star unit, you would have to purchase five 5,100 Lodestar Bead Packs, which at the moment are $79.99 USD. That would set you back $399.95 USD if you were to purchase them all. You could lessen the cost by purchasing some bead packs, but it still ends up being a whole lot of cash!

That’s everything we know about getting Star Sliver in World Flipper! You will find more coverage on this game in the World Flipper section of our website.