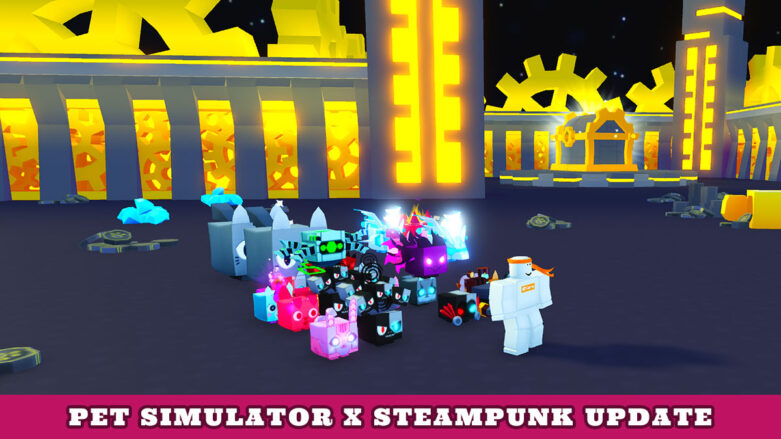 The new Pet Simulator X Steampunk update has been released and with it comes a bunch of new stuff to check out in the game. There’s the new Steampunk Area that has been added to Tech World, which has a big chest to farm. You can purchase two new eggs with 15 new pets to collect. There’s two more ranks to get, and you can even get an additional pet slot if you can manage to collect 650 pets! You can find all of the details from the update in the patch notes below.

Get free in-game rewards by checking out our Pet Simulator X Codes page!

That’s everything you need to know about the upcoming update for Roblox Pet Simulator X! You can check out more information on the game in the Pet Simulator X portion of our website.