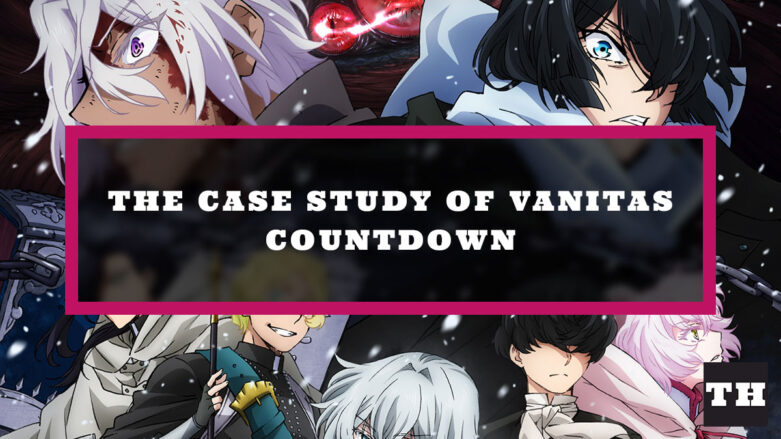 The Case Study of Vanitas aka Vanitasu no Karute is a Japanese manga series that was written and illustrated by Jun Mochizuki. An anime television show adaptation has been created by Bones, which premiered in July 2021. If you want to know exactly when the next episode is going to release, we’ve got the release time displayed below in countdown form, so you will know when you can kick back and watch the newest episode of the show!

The Case Study of Vanitas Countdown

Where to Watch The Case Study of Vanitas

The Case Study of Vanitas can be watched on Crunchyroll, Funimation, VRV, and Wakanim. If you haven’t seen the first twelve episodes of the series then you are in luck because you can watch all 12 for free right now on whichever service you want. However, the newer episodes are going to be premium only, but they should eventually show for free if you are willing to wait on them.

The Case Study of Vanitas Details

Here’s the official description listed on Crunchyroll with the basic details of the series:

In nineteenth-century France, humans and vampires coexist. The young vampire Noé is traveling to Paris in search of The Book of Vanitas, which is said to be capable of unleashing a curse upon all vampires. On an airship, he finds himself embroiled in a strange incident. It is Vanitas, a human calling himself a vampire expert, who appears before Noé in the ensuing chaos. In Vanitas’s hands is the very book that Noé has been searching for: The Book of Vanitas… Following this encounter, the curtain is set to rise on this tale of vampires, curses, and salvation…

An English Dub of the first 12 episodes does exist right now, but it’s unclear how long it will take for the newer episodes to have these released. If it sticks to the industry norms, then you can expect them to be released 1 – 3 months after the Japanese Sub versions are out. Keep in mind that you will likely need to have a premium subscription to one of the streaming services to access them.

That is all you need to know on when to expect the next episode to release of The Case Study of Vanitas! You can find more release times for your favorite anime in the Anime Countdowns section of our website.