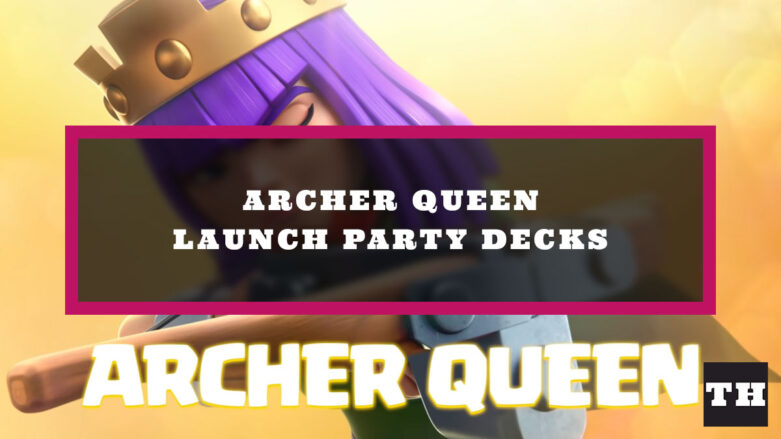 Clash Royale has released the new Champions Update, and with it comes the Archer Queen Launch Party event! While playing in this challenge, you will need to build decks that take advantage of the Archer Queen champion card. Use her ability to take down enemies or get in close to a tower to burst it down with your increased damage! If you aren’t much of a deck builder, we have some of the best decks for the challenge listed below.

There’s many different types of deck that you can play to try and defeat other players while using the Archer Queen. It’s a very versatile card that can be used as offense or defense due to its ability to go invisible and pump out damage!

This deck list includes Bandit, Barbarian Barrel, Electro Spirit, Lightning, Mega Knight, Ram Rider, and Royal Ghost! Bandit is good for charging in on smaller units with its dash, and you have a variety of options that will defend and attack against all other cards.

Here’s Morten playing this list in the top ranks:

You will find Fire Spirit, Goblin Cage, Lightning, Royal Delivery, Royal Hogs, Skeletons, and The Log in this Archer Queen deck. Goblin Cage is a solid building that helps block off pushes and then will send the Goblin off to attack afterwards. Royal Hogs is of course great for pushing attacks with the many minions with higher health.

Boss_CR used this deck on their final push up the ladder in October 2021:

You can see it in action via video by ToxicAM:

Those are all of the best decks for the Archer Queen Launch Party in Clash Royale! We’ll try to add some additional decks as the event goes longer and people figure out what works even better!