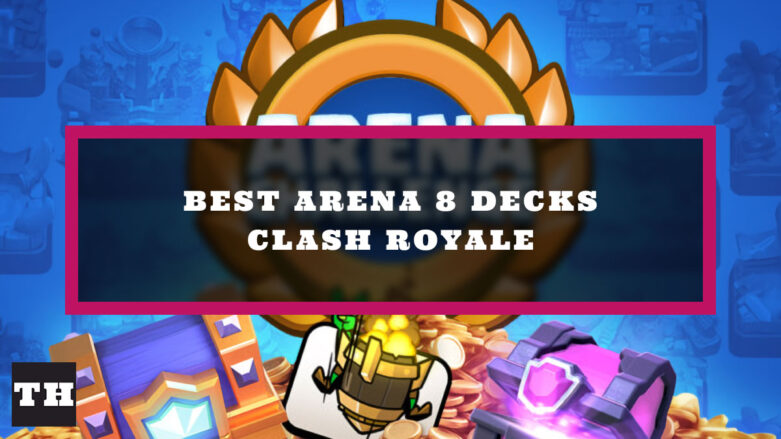 The Clash Royale Arena Challenge of 2022 is underway, which means you will be running through the gauntlet of different arenas on your way to the highest parts of the arena. On the way, you will be able to use a variety of different decks based on the card pool available. If you’re wondering what the best decks options are for Arena 8, we will be listing them in this guide!

While the last couple of Arena tiers were overrun with Bait and Cycle decks, we’ve now entered into an area where you will find some different styles of deck. Miner + Bats lists can be found, and you will also see some various Balloon decks that you can try. That doesn’t mean you won’t see Bait and Cycle, because they remain the most popular lists to play with. It just means you have a few other options if you don’t like them!

This tier opens up the ability to use cards like Giant Snowball, Ice Spirit, Ice Golem, Lightning, Freeze, and Ice Wizard.

If you’re a Miner fan, then you can run this Mega Knight and Balloon deck. You will need Balloon, Giant Snowball, Goblin Cage, Mega Knight, Miner, Minions, Musketeer, and Skeletons.

Another deck with some cards that haven’t seen much play in the arenas thus far. You will be running Arrows, Bats, Mega Knight, Miner, Musketeer, Prince, Wall Breakers, and Zap to play this deck.

There are two very strong decks that you can run that are just a card apart. The Valk 3.1 Cycle version runs Goblin Barrel, Ice Spirit, Inferno Tower, Princess, Rocket, Skeletons, The Log, and Valkyrie.

The bait version swaps out the cheap Skeletons for the more powerful Skeleton Army. It’s a pretty basic bait deck, just try to force your opponent to use their log or other spells on Valkyrie or Princess, and then punish them with goblins.

Those are all of the best decks to use for Arena 8 during the Arena Challenge 2022 in Clash Royale! You can find more content on the game in the Clash Royale section of our website!