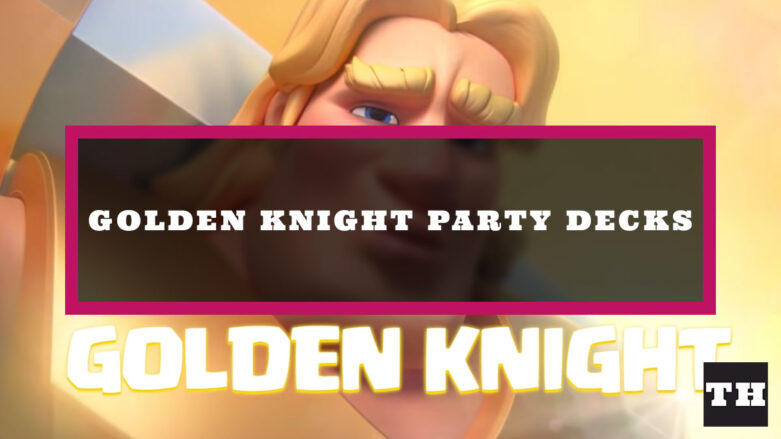 Clash Royale has released the new Champions Update, and with it comes the Golden Knight Launch Party event! While playing in this challenge, you will need to build decks that take advantage of the Golden Knight champion card. Use his ability to charge forward into multiple enemies and get some dps onto that enemy tower! If you aren’t much of a deck builder, we have some of the best decks for the challenge listed below.

There’s many different types of deck that you can play to try and defeat other players while using the Golden Knight! GK pairs nicely with a variety of different options, including Bandit who shares similarities with it. We’ve gathered up the best decks you’ll find for this event below.

This deck has come out as one of the best in this launch party, and includes Battle Ram, Electro Wizard, Fireball, Magic Archer, PEKKA, Royal Ghost, and Zap. You can also swap Fireball with Poison if you prefer that style of play or have that card more leveled up.

This is another option that has popped up during the event, and features Barbarian Barrel, Electro Wizard, Goblin Cage, Graveyard, Mega Minion, Poison, and Skeletons.

This is a control deck that runs Bats, Miner, Poison, Royal Delivery, Skeletons, Tesla, and The Log. Golden Knight is a strong unit who can tank units, while you send in your Miner to deal some damage to towers. Otherwise, you utilize a lot of your cards to control your opponent’s units.

Morten used this deck to take him to #1 in the world, which you can watch in the video below!

Those are all of the best decks for the Golden Knight Launch Party in Clash Royale! We’ll try to add some additional decks as the event goes longer and people figure out what works even better!