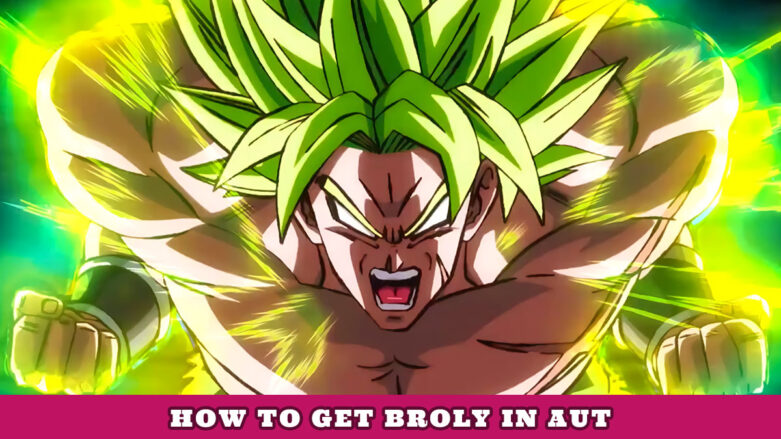 There’s a variety of unique and interesting Stands, items, and Forms that you can obtain in Roblox A Universal Time. While some are easy to get, a lot of the others have quests you’ll need to complete, or will only occur under rare circumstances. If you’re looking to get the Broly transformation, then we will take a look at what you will need to do to get it in this guide!

Broly is one of the most powerful characters from the Dragon Ball universe. He wields tremendous strength, and has an intense hatred brewing in his heart. If you’re able to obtain this form in A Universal Time, you will be nearly unstoppable!

Learn about everything there is to know with AUT via our A Universal Time Wiki page!

How to get Broly in AUT

To get Broly in A Universal Time, you will need to gather seven Dragon Balls. The Dragon Balls can be found all over the map. There is an 80% chance for one to spawn every 30 minutes. You can also very rarely obtain them out of a treasure chest. It is said to be a 1% chance, so maybe you’ll get lucky! One way to get them would be to use a Private Server, so you can open up many chests and hopefully find some that spawn on the map.

Probably the best way to gather Dragon Balls is to use the King Crimson Stand, and use its Time Erase ability which will put you in-between time and space. While in this mode, you can see items on the ground around the map. Look for a Dragon Ball, it should be bright orange. If you don’t find one, you should join another server. Keep doing this until you’ve gathered all the Dragon Balls that you need!

Once you’ve gathered all seven of the Dragon Balls, you will need to go and talk to Goku.

You will need a boost to get to him, which requires some kind of move from a Stand. Shadow Dio can teleport, and Gold Experience can spawn a tree to boost you up. You just need a move that will get you up to the ledge that Goku is standing on. If you have a friend in game, you can use them as a step ladder that will give you enough height to jump to the ledge.

When you give Goku the Dragon Balls, you will then need to complete the Road to Strongest quest:

If the quest appears to require more than what I have listed above, you need to restart your game because it’s a bug!!!

Most of these are pretty simple to complete. U-Coins can be obtained by opening chests, defeating players, and bosses.

Inflicting, blocking, and taking damage are all simple. There are plenty of players out there looking to deal damage to you, and all you need to do is block some of it. You can also dish it back out at them, or beat up a dummy to finish the inflict portion.

To Kill Dio, you will need to locate him in the Forest. Supposedly, he will spawn there every 30 – 60 minutes. He is a yellow glowing NPC with yellow hair. Kill him to complete that task in your quest.

Once you complete all of the tasks, talk to Goku again, and you will then encounter the dragon Shenron. He will ask you what you wish for and have multiple options. To get the Broly spec, you will need to select PRIMAL POWER!