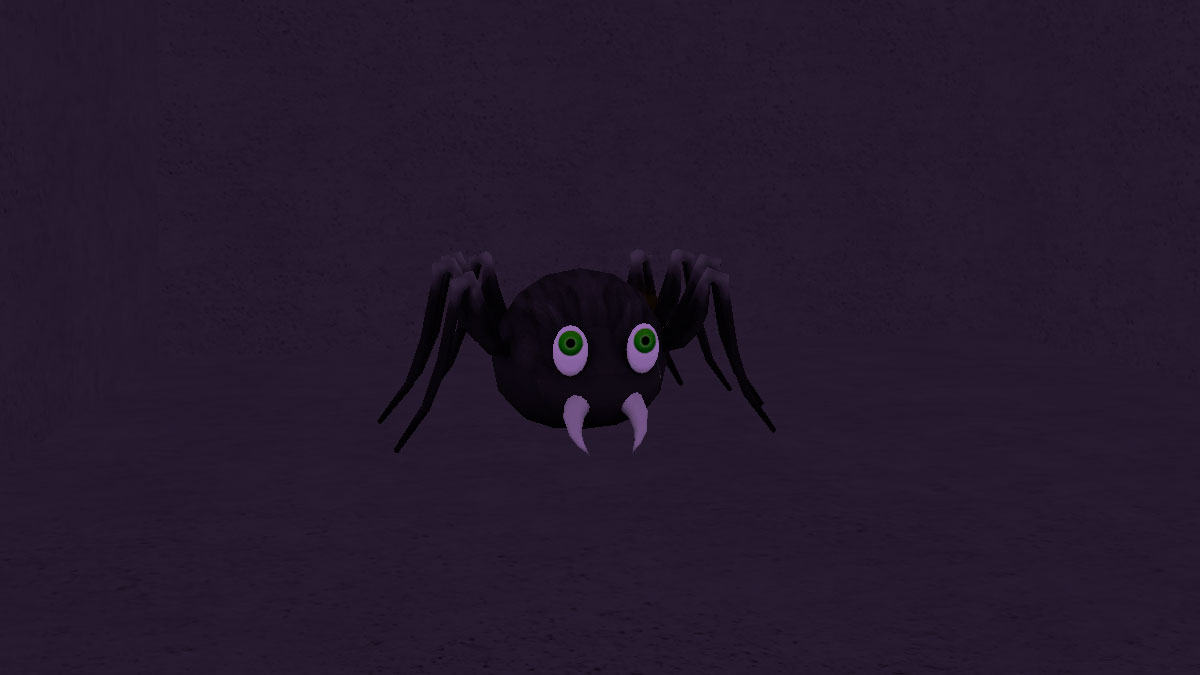 Making potions in Roblox’s Wacky Wizards can sometimes be a creepy business, and just about nothing is more creepy than a spider! If you want to increase the recipes of potions that you can make, then you’re going to have to brave a spider cave and shrink yourself down to go eye-to-eye with an eight-legged arachnid! We’ll guide you to exactly where you need to go to locate the Spider ingredient in Wacky Wizards.

To get the Spider in Wacky Wizards, you will need to head over to the spider cave that is located near the racetrack. Enter inside and use a Tiny Potion to reach a small part of the cave where the Spider is located!

You’ll know you’re in the right place if you seed a large spider web over an entrance to a cave. Before you head over there, make a Tiny Potion by placing a Fairy in your cauldron and creating a potion. Don’t drink it yet! Carry the potion over to the spider cave, and head straight inside but don’t turn to the right immediately. The cave goes deeper but it can be hard to tell because of the texture. You will eventually be able to turn right and run down another corridor. Keep going until you see a small spider web.

Drink the tiny potion and once you’re small enough, run through the small web and you will eventually reach the Spider ingredient! Grab the Spider and then teleport back to your cauldron. Throw it in the pot and you will now have permanent access to the ingredient.

That’s everything you need to know about finding the Spider in Wacky Wizards. If you want to know what you can make with this ingredient, check out our Wacky Wizards Potions list and Ingredients List!