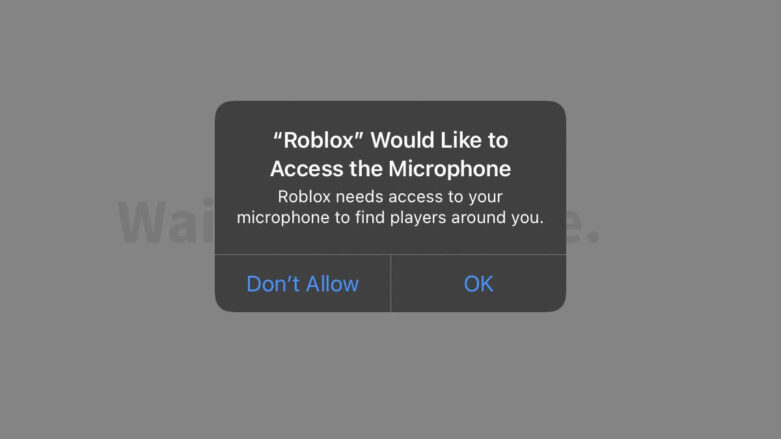 The Roblox voice chat feature was announced back in February 2021, when Roblox had their Investors’ Day presentation that was prior to them being available for purchase publically. Many people who use the platform were skeptical, due to the nature of most in-game voice chats, particularly one that would have such a young audience. While this is a valid concern, it looks like Roblox will be going ahead as planned due to a recent request from the platform.

If you’ve logged into a Roblox game/experience today on a device that has a microphone, then you might have been greeted with a request to have access to your mic. This seems to be the prelude to the upcoming addition to voice chat in Roblox. There has been no official announcement as of yet, and voice chat is not currently enabled. However, this is a pretty obvious sign that it is likely on the way!

While not much is officially known yet about how it will work, there have been hints from content creators. DeeterPlays, for example, had used the voice chat feature in game, and had some interesting things to say about it. The voice chat will be proximity based, which means you will only hear the voices of players who are nearby you in game. This would make for some fun roleplaying stuff, but could also get annoying for others.

We would expect that you will be able to completely opt out and mute voice chat if you have no desire to use it, but we’ll have to see how Roblox handles all of that once the update is added!

Are you excited for voice chat in Roblox? Let us know what you think about it in the comments!