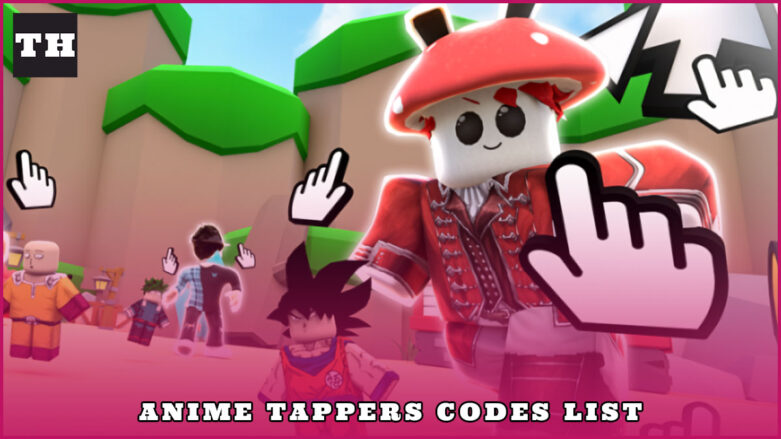 In Roblox Anime Tappers, you are going to tap your way through collecting taps, pets, and defeating tough to beat bosses! While you do this you will be gaining yen and taps, which you can convert into rebirths, which will increase your ability to gain more things in the game. As you progress, you will find yourself able to purchase better pets and upgrades. Look to get to the top of the leaderboard and show the other players in the game who is the boss!

If you’re looking for freebies then you can find them with our Anime Tappers codes list. If you aren’t sure how to redeem codes in Anime Tappers, you can find out how below the codes list! Make sure to favorite this page by pressing CTRL + D on your keyboard or use the Add to Bookmark button on mobile.

If you want even more free stuff, be sure to check out our Your Bizarre Adventure Codes, Anime Training Simulator Codes, and All Star Tower Defense Codes pages!

We’ve got the newest valid codes listed below for Roblox Anime Tappers. These can be redeemed for free boosts, taps, and yen that will help you reach new levels and get stronger units! You will want to make sure to use these as soon as possible, because codes do expire after a period of time.

How do I redeem codes in Anime Tappers?

To redeem codes in Roblox Anime Tappers, look for the Twitter button on the side of the screen. Click on it and this will open up the code redemption window. Copy one of the codes from our list, paste it into the box, and hit redeem to receive your reward!

How do I get more codes for Anime Tappers?

To find more codes, make sure to follow UFODevelopments on Twitter, who is the developer of the game. You can also join the official Discord server for news and updates on the game. Otherwise, we will be updating this wiki with all of the most recent codes, so make sure to bookmark the page!

⚡️Welcome to Anime Tappers⚡️
🕺Click to gain taps!🕺
👊Get rebirths, pets, and much more!👊
🐶Evolve your pets so they can become better!🐶
💥 FIGHT BOSSES! 💥
🪐EXPLORE THE WORLDS for stronger BOSSES!🪐

Those are all of the codes we currently have listed for Roblox Anime Tappers. If you see one that we’re missing, please let us know in the comments so we can add it right away!