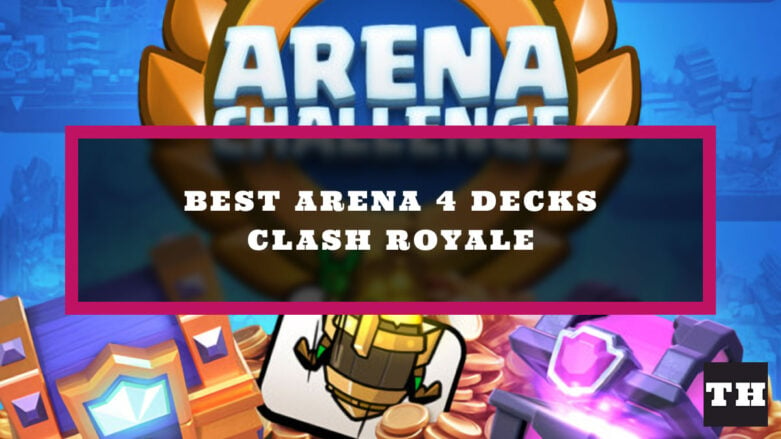 The Clash Royale Arena Challenge of 2022 is underway, which means you will be running through the gauntlet of different arenas on your way to the highest parts of the arena. On the way, you will be able to use a variety of different decks based on the card pool available. If you’re wondering what the best decks options are for Arena 4, we will be listing them in this guide!

It appears that variants of Miner + Valkyrie Control are the best option for Arena 4. You are also going to see quite a bit of Inferno Tower in decks, so be prepared to have to deal with it.

Once you’ve completed this challenge, we’ve got a post for the Best Arena 5 Decks for you to check out!

One of the top performing list in Arena 4 right now is this Miner Valk Control Deck. It includes Arrows, Fireball, Goblin Barrel, Inferno Tower, Miner, Musketeer, Skeleton Army, and Valkyrie. Arrows is going to be one of your best counters to Goblin Barrel, which is going to get thrown directly on your towers pretty consistently.

There’s another variant of this deck that runs Barbarian Barrel and Spear Goblins instead of Fireball and Skeleton Army. It’s up to you which one you think will work better in your hands!

If you want to go with something quite a bit different than the Miner Valkyrie Control lists, you can give this PEKKA Ram Valk deck a shot! It runs Arrows, Battle Ram, Fireball, Mega Minion, Musketeer, PEKKA, Skeleton Army, and Valkyrie!

Those are all of the best decks to use for Arena 4 during the Arena Challenge 2022 in Clash Royale! You can find more content on the game in the Clash Royale section of our website!