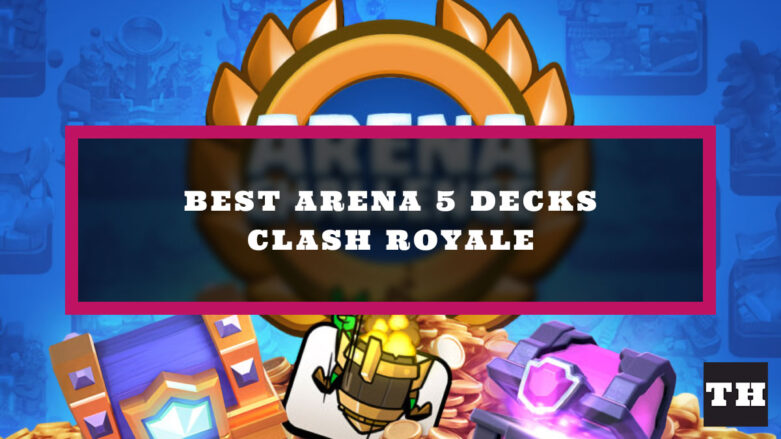 The Clash Royale Arena Challenge of 2022 is underway, which means you will be running through the gauntlet of different arenas on your way to the highest parts of the arena. On the way, you will be able to use a variety of different decks based on the card pool available. If you’re wondering what the best decks options are for Arena 5, we will be listing them in this guide!

Decks are pretty similar to Arena 5, but you will see a few differences here and there with the addition of Princess and Hog Rider. You will of course see a whole lot of Valkyrie in the decks you will be playing against.

Once you’ve completed this challenge, we’ve got a post for the Best Arena 6 Decks for you to check out!

Most of the decks are going to be some variant of Valkyrie, Barbarian Barrel, and Fireball. This list which at the time of this writing has the highest win rate includes Barbarian Barrel, Fire Spirit, Fireball, Goblin Barrel, Inferno Tower, Princess, Skeleton Army, and Valkyrie.

Instead of running with Princess, we’re going with Hog Rider in this deck. We keep the core Fire Spirit, Fireball, and Valkyrie. We also include Barbarian Barrel, Cannon, Musketeer, and Skeletons to finish it off.

While this isn’t completely different than the other options it does goes with Miner, which is a popular choice in many decks. To run with this list, you’ll need to include Barbarian Barrel, Bats, Fireball, Inferno Tower, Miner, Spear Goblins, Valkyrie, and Wall Breakers!

Those are all of the best decks to use for Arena 5 during the Arena Challenge 2022 in Clash Royale! You can find more content on the game in the Clash Royale section of our website!