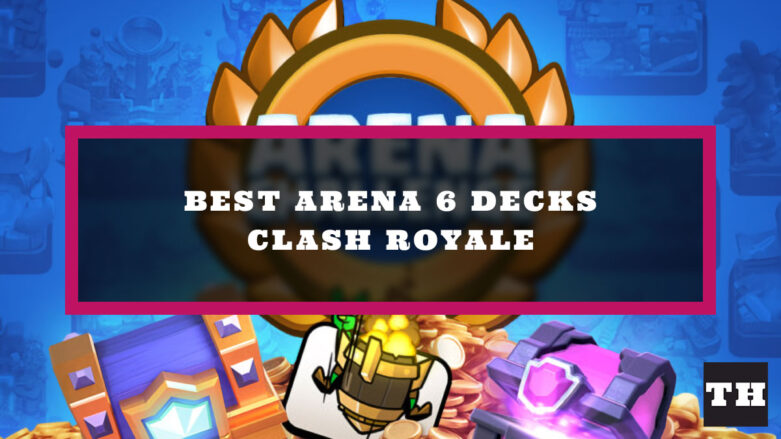 The Clash Royale Arena Challenge of 2022 is underway, which means you will be running through the gauntlet of different arenas on your way to the highest parts of the arena. On the way, you will be able to use a variety of different decks based on the card pool available. If you’re wondering what the best decks options are for Arena 6, we will be listing them in this guide!

The Log is now in the mix, so expect to see it in just about every deck you face. Expect to see plenty of Bait and Hog Rider Cycle decks, which appear to be the most popular options in this tier of arenas.

If you’ve finished this tier in the game, you can check out our Best Arena 7 Decks for your next battles!

One of the type options for Arena 6 is this Hog Rider and Valkyrie cycle deck. It includes Cannon, Fire Spirit, Fireball, Hog Rider, Musketeer, Skeletons, The Log, and Valkyrie. Cycle decks are meant to run through cards quickly to obtain another Hog Rider so that you can throw them on the board before your opponent can counter it.

A slightly faster Hog cycle deck that is very similar to the first one, but cuts Valkyrie for Knight. It includes Cannon, Fire Spirit, Fireball, Hog Rider, Musketeer, Skeletons, The Log, and Knight.

A pretty classic Bait deck, where you are looking to get your opponent to use The Log on a sub-optimal target like Princess, so you can throw your Goblin Barrel on a tower which will get in some massive damage. Inferno Tower and Rocket will help you defend against the Hog Riders that exist in this meta. To play this list you will be running Fire Spirit, Goblin Barrel, Inferno Tower, Knight, Princess, Rocket, Skeleton Army, and The Log.

Those are all of the best decks to use for Arena 6 during the Arena Challenge 2022 in Clash Royale! You can find more content on the game in the Clash Royale section of our website!