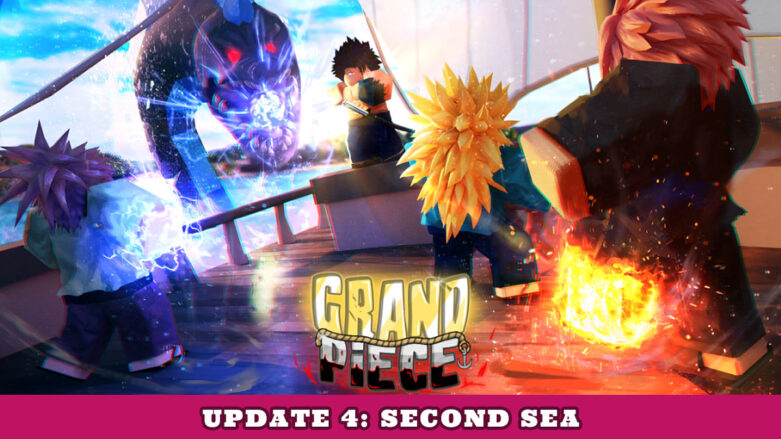 A new update has been released for Roblox Grand Piece Online on September 12th, 2021! This patch brings the Second Sea to the game, where you will find a newly raise level and bounty cap. There’s new fighting styles, items, artifacts, fruits, and a whole lot more. The game has received many balance changes, and a whole round of bug fixes. If you want to all of what is available in the update, be sure to check out the patch notes below!

Get free in-game rewards by checking out our Grand Piece Online Codes page!

Increased the cooldowns for dungeon bosses!

The first ever halloween event is also confirmed for GPO along with other content that couldn’t fit into update 4, HOPEFULLY released by mid-end october 🙂