Skip to content
We have more info about the game in our Project Star Wiki! Find some freebies for Roblox in our Roblox Free Items post! 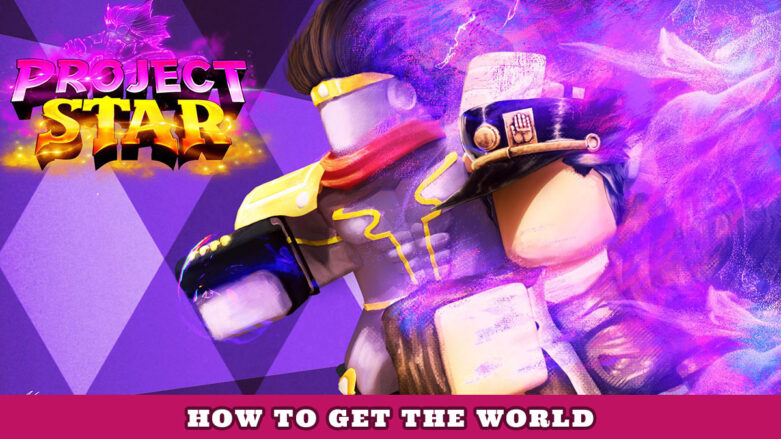 Roblox Project Star is the brand new anime RPG that is heavily influenced by the popular manga and anime series JoJo’s Bizarre Adventure. If you’re looking to get what might be the best Stand in the game with The World, then you’re going to need to get very lucky! There’s not much to be done about getting this one other than hoping that when you roll for a Stand you have the odds on your side. We’ll explore the topic in this guide.

Be sure to check out our Project Star Wiki which has details and information on everything you want to know about the game!

If you want to increase your chances of getting The World, you will need to use better arrows! There’s four arrows that you can get in the game:

You will likely be forced to stick with Unusual and Gleaming, which can be found on the ground in Cairo just like the regular Stand Arrows. The luck increase is fairly minimal, but it will double your chances with the Gleaming Stand Arrow.

You should keep in mind that just because you get a Cursed Stand Arrow doesn’t mean you’ll get The World. It’s still random, and it just increases your chances of getting something rare. iBeMaine on YouTube, used 40 Cursed Arrows, and while they did get The World as one roll, they also got a lot of random stuff that wasn’t necessarily good!

At the end of the day, getting The World is just luck of the draw! You could get it with your first Stand Arrow, or you might not ever get it!

That’s everything you need to know about getting The World Stand in Roblox Project Star. You will be able to find out all about the game in the Project Star section of our website.