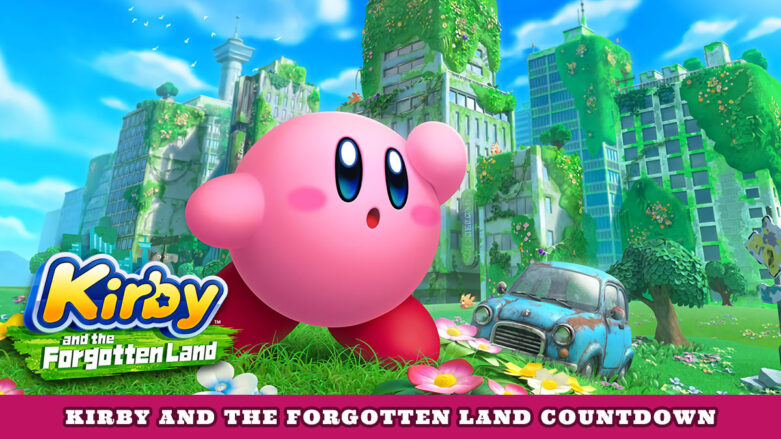 A brand new game that features that loveable pink sphere has been announced and is known as Kirby and the Forgotten Land. This is a 3D platforming adventure that will have you exploring a world that has clearly been lost in time. Surely, you will eventually discover what has happened to this once thriving civilization as you make your way into the heart of the island. If you enjoyed Mario Galaxy, you will surely love this game which has clear similarities to it!

Kirby and the Forgotten Land Countdown

If you aren’t sure what time that will translate to where you live in the world, you can follow along as the time ticks down with the countdown that will hit all zeroes once the game has been released!

Kirby and the Forgotten Land Countdown

Kirby and the Forgotten Land Details

A new trailer for Kirby and the Forgotten Land was dropped on January 12th, 2022 which displays a bunch of the copy abilities and the way you will be getting to play co-op! You can check it out in the video below. The open world seems to be fleshed out a lot more, and it has a Super Mario Galaxy type feel to it, only with Kirby starring instead!

You can now pre-purchase the game via the official Kirby and the Forgotten Land website. It does not appear that there is anything in the way of a reward for doing so. You might want to wait for reviews just to see if the game ends up being as good as we hope!