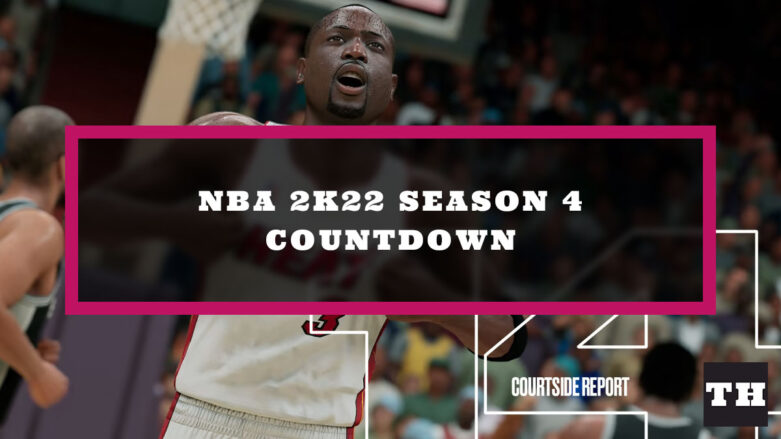 NBA 2K22 is releasing Season 4 for the game, which means you’ve got a bunch of levels to get if you want to upgrade your MyCareer character in the game. There’s a variety new cards being released for MyTeam, which include a Diamond Coach Candace Parker and a Galaxy Opal Yao Ming. If you want to know when you can expect this update to launch where you live in the world, we’re counting down the time in this post!

This is our best guess at the time based on previous releases, it is possible that the time changes or is a bit different! We’ll update the post with more information if any official details are released.

The release times should sink up across the globe, so you can use the following countdown to watch for the update. However, no official times have been given, which means this is our best estimate on when it will launch. It’s possible it gets delayed due to it being a pretty significant update.

Here’s the official brief description of the new update from 2K:

The New Year brings a breath of fresh air, change, and best of all… a new Season of NBA 2K22! Kick off the start of 2022 with some fireworks and hoops to celebrate Season 4 and the Year of the Tiger. Harness the eye of the tiger and unleash it on the courts of the City and the Cancha Del Mar, all in the pursuit of greatness. WNBA champion Candace Parker and NBA legend Dwyane Wade embody what it means to have a killer instinct and exhibit no fear, but do you have what it takes to be like them? In Season 4, you’ll have to earn your stripes, so prepare for the hunt and be ready to pounce when opportunity strikes.

For your MyCareer mode, you will be looking to become a legend, which means you will be climbing all the way to level to reach the pinnacle. You can complete games all over the City to earn XP, so make sure you are traveling around and hooping anywhere there’s a basket!

You can find all of the details on this update in the NBA 2K22 Season 4 Launch Post.

That is everything you need to know on when NBA 2K22 Season 4 will be launching! You can find more about when all sorts of things will be coming out in the Countdowns section of our website!