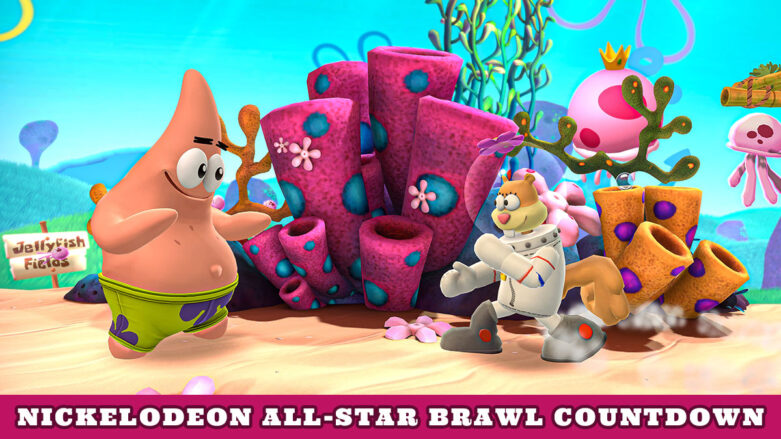 Fans of 2D Fighters game can rejoice, because a new contender has entered the ring and is Nickelodeon All-Star Brawl! While the genre is largely dominated by things like Smash Brothers, there’s always room for more, particularly when some fun characters are being added to the mix. Fun is the name of the game when it comes to Nickelodeon All-Star Brawl, because you’ll get to play as SpongeBob, Lincoln Loud, Ninja Turtles Michelangelo and Leonardo, Oblina from Aaahh!!! Real Monsters, Invader Zim, and many more! We’ll tell you when you can expect to get your hands on this game!

The release date for Nickelodeon All-Star Brawl is October 5th, 2021, and the release time should be at 12:00am ET. If you aren’t sure what time that translates into where you live in the world, then you can see how long you have to wait with the countdown timer below!

The game should now be playable!

The game will be available for the following platforms: PlayStation 4, PlayStation 5, Xbox One, Xbox Series X/S, Nintendo Switch, and Microsoft Windows. So, no matter what you play games on, you should get a chance to rumble.

If you’re on PC, you will be able to purchase it via Steam when it is released. However, there is no way to pre-purchase it there, and it will only be available at release time.

Pre-purchase is a good idea for Nickelodeon All-Star Brawl if you have a Nintendo Switch or Xbox, because you get a 20% discount on the game. This cuts down the $49.99 USD asking price to $39.99, which is a pretty solid deal if you plan on getting it anyway!

If you haven’t seen any gameplay yet, check out this first official money match:

Brawl it out as your favorite Nickelodeon characters in bombastic platform battles! With a power-packed cast of heroes from the Nickelodeon universe, face-off with all-stars from SpongeBob Squarepants, Teenage Mutant Ninja Turtles, The Loud House, Danny Phantom, Aaahh!!! Real Monsters, The Wild Thornberrys, Hey Arnold!, Rugrats, and more to determine ultimate animation dominance. With unique move sets and attacks inspired by their personalities, each character has an individual style of play enabling endless action for Nickelodeon’s legion of fans. Select your favorite and then let the intense brawls begin with online and local multiplayer action.