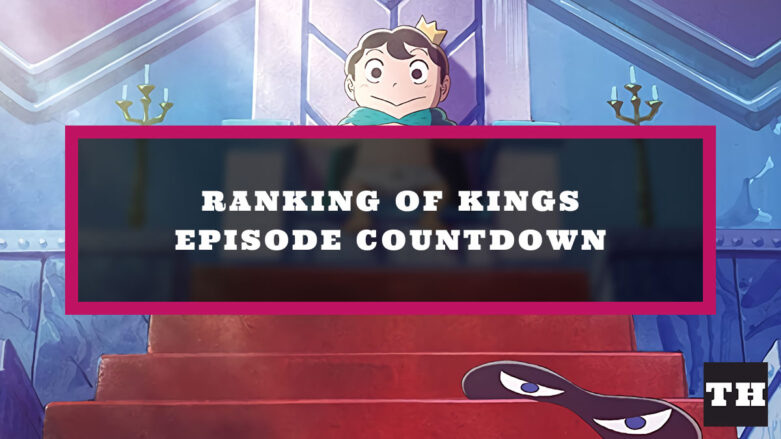 Ranking of Kings aka Ousama Ranking is a Japanese fantasy manga series written by Sōsuke Tōka. The manga has been adapted as an anime television show that is developed by Wit Studio, which premiered in October 2021! If you want to know exactly when the next episode is going to release, we’ve got the release time displayed in countdown form, so you will know when you can sit down and watch the newest episode of the show!

Ranking of Kings episodes are set to release each week on Thursday at 9:25am PT/12:25pm ET on Crunchyroll and Funimation. You will need to have a premium membership on either platform to watch the newest episodes. However, there are some older episodes that you can watch for free.

If you aren’t entirely familiar with the premise of the anime or manga, here’s an official description that should get you at least caught up a bit:

How prosperous your nation is, how many powerful warriors it boasts, and how heroic and strong its king is. These are the criteria that factor into the system known as the Ranking of Kings. The main character, Bojji, was born the first prince of the kingdom ruled by King Bossu, who is ranked number seven. But Bojji was born unable to hear and is so powerless that he can’t even swing a sword. In consequence, his own retainers and the public, look down upon him as completely unfit to be king. It is then that Bojji finds his first friend, Kage, and Bojji’s life takes a dramatic turn…

You can also view the trailer which will give you a bit more of a taste of what you can expect from the show:

That’s all you need to know on when to expect the next episode to release of Ranking of Kings! You can find more release times for your favorite anime in the Anime Countdowns section of our website.