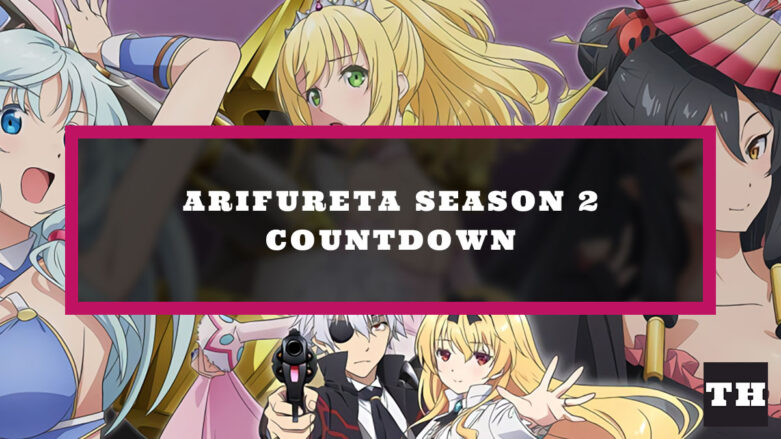 Arifureta: From Commonplace to World’s Strongest aka Arifureta Shokugyou de Sekai Saikyou is a Japanese light novel series that is written by Ryo Shirakome and illustrated by Takayaki. An anime television show adaptation of the comic has been developed by White Fox and Asread, which premiered in July 2019. The second season is being adapted by Asread and Studio Mother. If you want to know exactly when the next episode is going to release, we’ve got the release time displayed below in countdown form, so you will know when you can kick back and watch the newest episode of the show!

Where to Watch Arifureta Season 2

Arifureta: From Commonplace to World’s Strongest can be watched on Funimation and Wakanim. You will need a premium membership on whichever of the platforms to watch the episodes right now. It is possible that they will go free after a week or so, but that hasn’t been confirmed yet.

Here’s the official description from MyAnimeList with the basic details of the series:

The ordinary life of 17-year-old otaku Hajime Nagumo is disrupted when he and his classmates are summoned to a fantasy world and tasked with saving mankind. While his classmates are gifted with impressive abilities useful in combat, Hajime is belittled for only gaining an inferior transmutation skill that lacks any real offensive power.

During an expedition in the Great Orcus Labyrinth, Hajime is betrayed by one of his classmates, plummeting him to the bottom of an abyss. Though he survives the fall, Hajime is faced with menacing monsters and misfortunes that send him spiraling into a grim nightmare. Desperate to live and return home one day, he resolves to fight for his survival—only to meet an imprisoned vampire he names Yue, who is also seeking to escape the labyrinth. Taking an interest in him, Yue and a few others along the way accompany Hajime on his journey to find a way back home, while steadily transforming from commonplace to the world’s strongest.

It is not clear when an English dub of Arifureta: From Commonplace to World’s Strongest Season 2 will be available. If it sticks to the industry norms, then you can expect them to be released 1 – 3 months after the Japanese Sub versions are out. Keep in mind that you will likely need to have a premium subscription to one of the streaming services to access them.

Season 1 is available on Funimation and Wakanim for free with English dubs at the moment!

That is all you need to know on when to expect the next episode to release of Arifureta: From Commonplace to World’s Strongest Season 2! You can find more release times for your favorite anime in the Anime Countdowns section of our website.