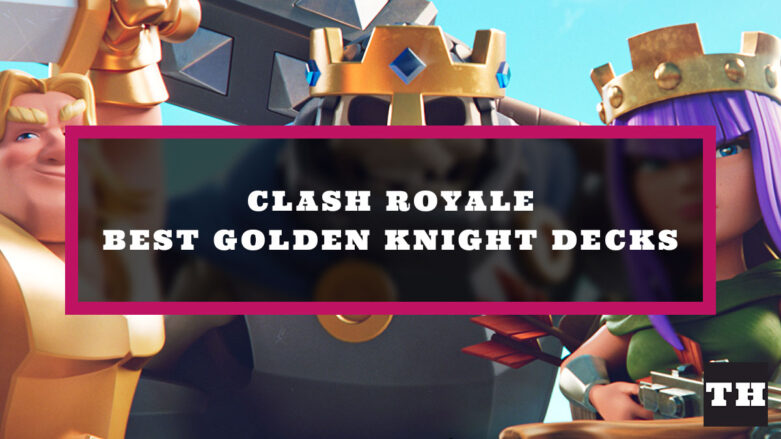 Clash Royale has added the new card rarity known as Champions. These are cards that you can unlock once you arrive at King Level 14. There are three in total right now, with likely to be added in the future. We will show you some of the best decks you will find Golden Knight in for Clash Royale in this post.

If you aren’t familiar with Champions, they start at level 11 when you unlock them and can be upgraded like any other card. They have a unique ability that can be used when they are on the field, which will cost you Elixir. This ability does have a cooldown, so make sure to use it wisely! You can only have one Champion in your deck, and you can only have one deployed on the field at any time.

The Golden Knight Champion is an aggressive card, that can dash through multiple small minions and get good damage onto a tower. If the dash is used at the correct moment, you can make some big plays with this higher skill cap hero.

This is a control deck that runs Bats, Miner, Poison, Royal Delivery, Skeletons, Tesla, and The Log. Golden Knight is a strong unit who can tank units, while you send in your Miner to deal some damage to towers. Otherwise, you utilize a lot of your cards to control your opponent’s units.

Morten used this deck to take him to #1 in the world, which you can watch in the video below!

Those are all of the best decks for the Golden Knight Champion in Clash Royale! We have more coverage of the game in the Clash Royale section of our website, so be sure to check it out.