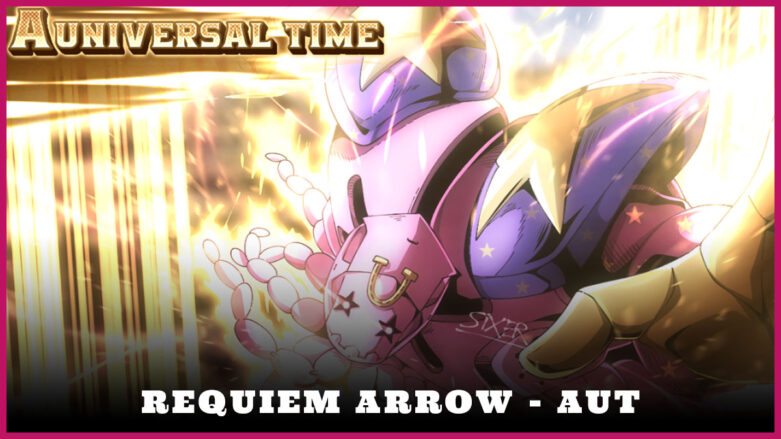 Roblox A Universal Time is a whole new game that has been revamped with a bunch of new improvements. For some players that means they will have to obtain items and Stands that they previously owned. New players, however, will find that there’s a lot of stuff they will need to collect to become more powerful. We’ll be taking a look at one of those items in the Requiem Arrow!

Learn more about the game on our site! We’ve got a guide for how to get Stands, and we have a list of a bunch of servers you can join that are private in AUT that will alleviate lag and help you get items!

To get the Requiem Arrow in A Universal Time, you will need to open up treasure chests. These can be found all over the map, and when you open one, you will have a 9% chance to receive a Requiem Arrow!

Chests have predetermined spawn locations, so if you find a chest in a spot, it will respawn in that very same spot in 2 – 5 minutes. So, run around the town area looking for chests. When you find one, memorize the location, and keep trying to find new ones. You will eventually be able to figure out a rotation and be able to open each one as it spawns.

What does the Requiem Arrow do?