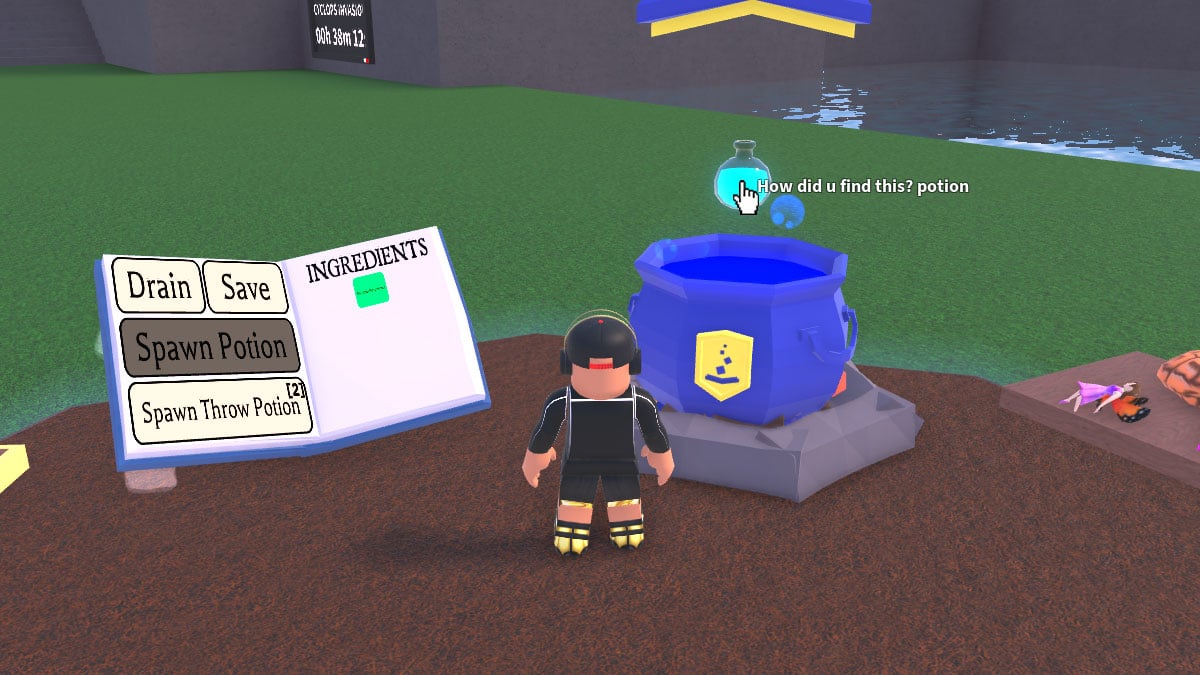 There are all sorts of magical potions that can be created in Roblox Wacky Wizards. Experimenting with different recipes and combining them together is half the fun! If you want something specific, however, then you’re going to need the precise ingredients to craft it. We’ll walk you through the process of making potion #159, aka the How did u find this? potion.

This potion wasn’t found or working correctly until the Goblin Village update was released. It is a five ingredient potion, which made it very difficult to figure out.

Learn how to brew every potion in the game with our Wacky Wizards All Potions List!

Creating the How did u find this? potion

To make potion 159 in Wacky Wizards, you will need the following ingredients:

This potion has a lot of ingredients, and two of them require you to travel the map to get them!

Jandel’s Head is found in the desert next to a cactus that is in front of the witch’s cave.

Foryxe’s head is found by traveling under the waterfall and into the Cave Club. Turn to the right and you will see an open area with a cauldron and a walrus head on a shelf, which is the Foryxe’s head ingredient.

If you don’t have the Chameleon yet, just head to the forest and you will find a tree limb with the little guy sitting on it. Just pick it up, bring it back to your cauldron, and you will now be able to use it whenever you want!

Now throw in a Pool Noodle and another Chameleon ingredient into the cauldron.

Once all five of those ingredients are in your cauldron, you can brew the potion. If you drink this one you will be given enormous pink potion arms. You will initially flop on the ground, but after a second or two you should get up and be able to run around! This potion is very similar to the Potion-arms potion, but the big difference is that the colors of the potions will change! It’s like having RGB on your computer in the game.