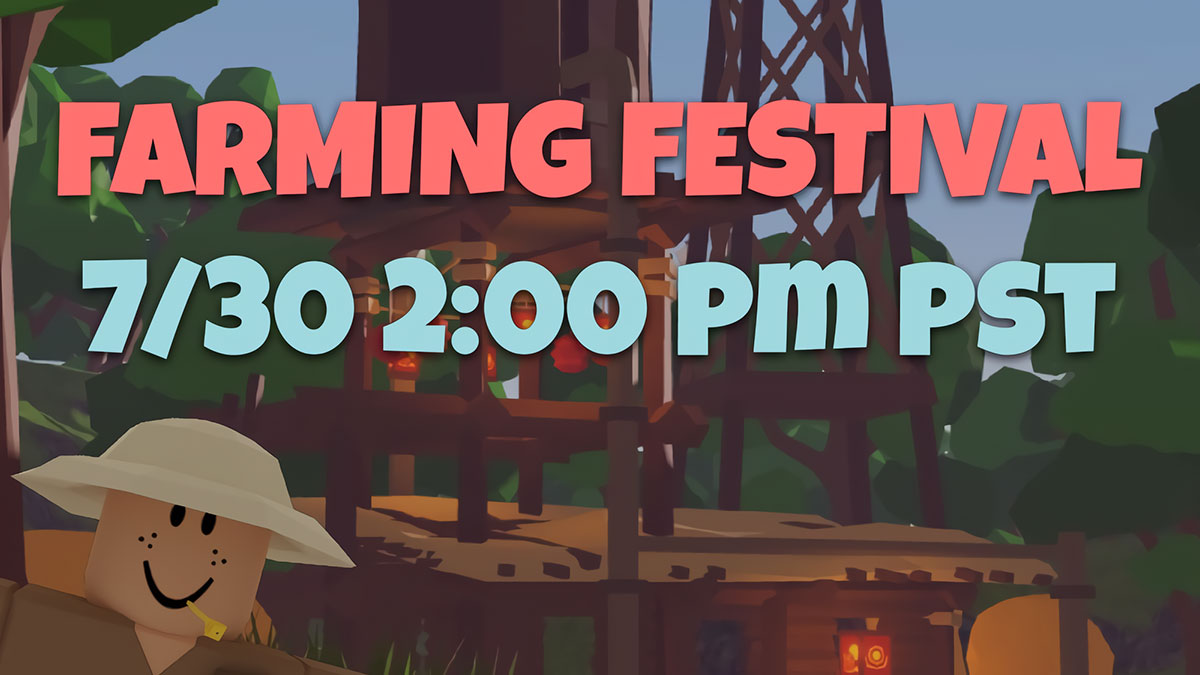 If you’re a fan of Roblox Islands, then you will be happy to know that a new event called the Farming Festival will be arriving on July 30th, 2021 at 2pm PST! While not a lot is known about the Farming Festival, we do know we’ll be joining Farmer Cletus and entering into the Cletus Family Farm once it starts. This will likely be similar to the fishing festival that saw players attempting to catch as many fish as they can in a limited amount of time.

In the Farming Festival, you will be harvesting crops all over Farmer Cletus’ island. If you can collect a lot of these crops, you can spend them with Cletus for a variety of items. There’s Chilli Pepper Seeds, Cletus’ Scarecrow, Indigo Jukebox Disk, Cletus’ Lucky Plow, Cletus’ Lucky Watering Can, Cletus’ Lucky Sickle, and the Scarecrow Trophy! The tools cost 7,500 crops each, but the other items are relatively cheap.

When you’re harvesting, be on the lookout for tomatoes, onions, radishes, and anything other than wheat. These will all give you higher crop values, whereas wheat will only give you one each!

Here’s the official announcement that was made by the developers of Islands:

⌚ The portal to the Cletus Family Farm opens tomorrow at 2:00PM PST.

👉 Make sure you’re in the Hub when the countdown reaches zero!

That’s everything we currently know about the Islands Farming Festival! We’ve got more details about the game in the Islands section of our website, so be sure to check it out.