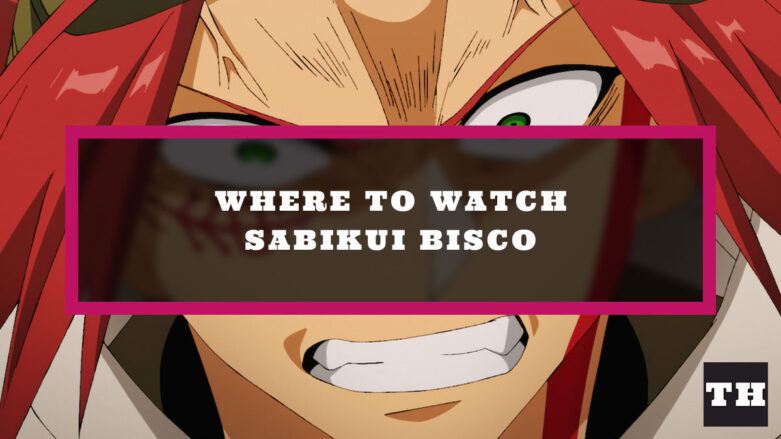 Sabikui Bisco aka Rust–Eater Bisco is a Japanese light novel series that is written by Shinji Cobkubo and illustrated by K Akagashi. The adaptation of the comic has been developed by OZ, which premiered in January 2022. If you are wondering where you can view the episodes of this anime show, we’ll go through all the possible alternatives and let you know which is and isn’t featuring Sabikui Bisco on their streaming network.

To find out when you can expect the next episode to release, check out our Sabikui Bisco Countdown page!

Is Sabikui Bisco Streaming on Netflix?

While Netflix has started to feature more anime based programming on their streaming service, unfortunately for us Sabikui Bisco is currently not one of them. While it’s possible that the show ends up there eventually, it likely won’t be for a while. Netflix does feature some pretty popular anime shows, like Demon Slayer, Hunter x Hunter, Attack on Titan, and Naruto to name a few.

Is Sabikui Bisco Streaming on Hulu?

Hulu has been one of the major streaming services to really push anime based content, and has featured new episodes of popular anime shows right as they have released. Unfortunately, Sabikui Bisco is not one of these at the moment. Hulu seems to be aggressively in the anime space, so it is possible that it gets there eventually!

Is Sabikui Bisco Streaming on Crunchyroll?

Yes, Crunchyroll is one of the services currently showing Sabikui Bisco as a simulcast. New episodes are posted each week on Monday where they can be streamed if you have a Premium account on the platform. If you haven’t already, you can register for a 14-day free trial. However, I would wait to use this until you have multiple shows you want to binge watch.

Is Sabikui Bisco Streaming on Funimation?

You can watch Sabikui Bisco on Funimation if you have a subscription to the service. New episodes go up as soon as they are released each Monday. Funimation has a similar free trial that you can use if you want to try and binge watch a few shows without having to pay anything. Funimation and Crunchyroll are the two biggest anime streaming services at the moment, so picking one of them is a good idea if you are looking for a service to subscribe to.

Is Sabikui Bisco Streaming on Wakanim?

Wakanim is a European based streaming service, which features quite a few different anime shows on its roster. Sabikui Bisco is one of the available items that you can view if you have a premium subscription on the platform.

That’s everything we know about where you can watch Sabikui Bisco right now! We’ve got a wide variety of coverage on other shows and anime in the Entertainment section of our website.