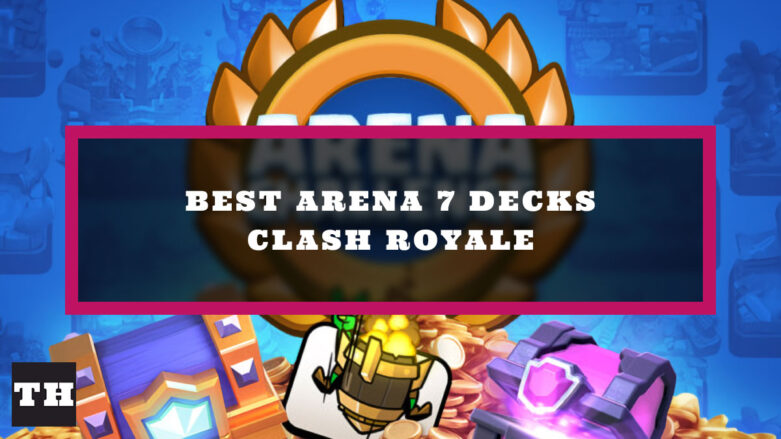 The Clash Royale Arena Challenge of 2022 is underway, which means you will be running through the gauntlet of different arenas on your way to the highest parts of the arena. On the way, you will be able to use a variety of different decks based on the card pool available. If you’re wondering what the best decks options are for Arena 7, we will be listing them in this guide!

While bait and cycle decks are going to be the general meta, you will see some Balloon based decks now that support is available for it in this level of the arena. Watch your towers, because Balloon can dish out a ton of damage if you don’t knock it down fast enough.

If you were running Cycle or Bait in the previous arena, then you could likely run the same list in Arena 7 and find success with it. The meta is not too different, which means you should play with a list you are comfortable with.

If you’ve finished this tier in the game, you can check out our Best Arena 8 Decks for your next battles!

This deck has posted an impressive win-rate, but it is not super popular. This is one of those lists you should only play if you have a good idea what you are doing with it. It runs Balloon, Barbarian Barrel, Fire Spirit, Fireball, Flying Machine, Goblin Cage, Royal Recruits, and Skeleton Dragons.

Very similar to the lists you’d find in Arena 6 that are running Bait. This one leans on Valkyrie as more of its centerpiece, with you then being able to throw out the Goblin Grenade to get in the damage on towers. You will want to run Fire Spirit, Goblin Barrel, Inferno Tower, Princess, Rocket, Skeleton Army, The Log, and Valkyrie.

You likely know of this deck because it was played quite a bit in Arena 6. It includes Cannon, Fire Spirit, Fireball, Hog Rider, Musketeer, Skeletons, The Log, and Valkyrie. Cycle decks are meant to run through cards quickly to obtain another Hog Rider so that you can throw them on the board before your opponent can counter it.

Those are all of the best decks to use for Arena 7 during the Arena Challenge 2022 in Clash Royale! You can find more content on the game in the Clash Royale section of our website!