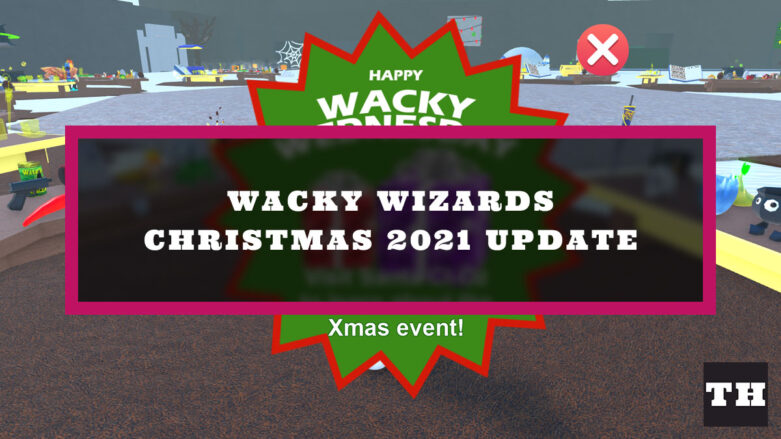 Roblox Wacky Wizards updates weekly, and when that release happens we tend to get some new ingredients to use and potions to brew. We will be covering all aspects of this new patch in this post, and will feature all of the details you will need to know to collect the new stuff and get creating some of those great new potions!

The Christmas Update for Wacky Wizards has been released on December 1st, 2021! This release brings a winter theme to the game, and the ability to collect Candy Canes. These are the holiday currency that you will need to obtain items that are special for the season.

We’ve got a guide on how to get the Snowman that should help you gather up those Candy Canes!

You can collect Candy Canes by finding Candy Canes around the map, throwing snowballs at targets, and delivering gifts to the NPCs on the map.

The gift aspect of collecting Candy Canes is based on bringing the correct ingredient over to the elf near The Gift Board and bringing it to the NPC.

Based on today’s gift board, you will need to bring the following ingredients to the elf who will wrap them:

You are going to need to collect quite a few Candy Canes, because earning the new ingredient is pretty expensive. Here’s a list of what you can purchase with the currency:

Here’s a list of the currently known new potions:

Last week’s update was known as the Thanksgiving Update, which is obviously themed after the Thanksgiving holiday that will be celebrated in the United States of America. You could collect yourself the Turkey ingredient, and it allowed you to create a bunch of new potions.

Here’s a list of all of the potions from the Thanksgiving Update:

That’s all of the information on this new update that was released for Wacky Wizards! We will be covering all aspects of these new additions to the game in the Wacky Wizards section of our website.