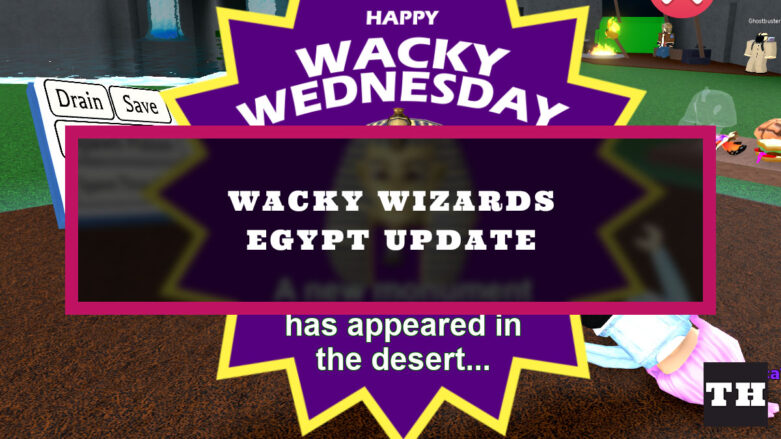 Roblox Wacky Wizards updates every other week, and when that release happens we tend to get some new ingredients to use and some potions to brew. We will be covering all aspects of this new patch in this post, and will feature all of the details you will need to know to collect the new stuff and get creating some of those great new potions!

You can find all of the potions that exists in the game with our Wacky Wizards Potions List post!

The Egypt update was released on January 12th, 2022 for Wacky Wizards. We will be receiving updates every other week now, so hopefully they will be a bit better put together and feature less bugs.

You can use most flying potions without the game detecting you, but that could change. Try using the Flybux potion, which is just Robux and the Bird ingredient! This could get patched, so take advantage of it while you can!

We will be gathering all of the new potions in the list below:

There was no real update last week, and we were informed by Jandel on the Wacky Wizards Discord that updates would be every other week instead of once a week. The previous week saw the release of a small “chill” update that brought the New Year’s Ball and a few new potions to the game.

Here’s a list of all of the new potions added in the update:

That’s all of the information on this new update that was released for Wacky Wizards! We will be covering all aspects of these new additions to the game in the Wacky Wizards section of our website.