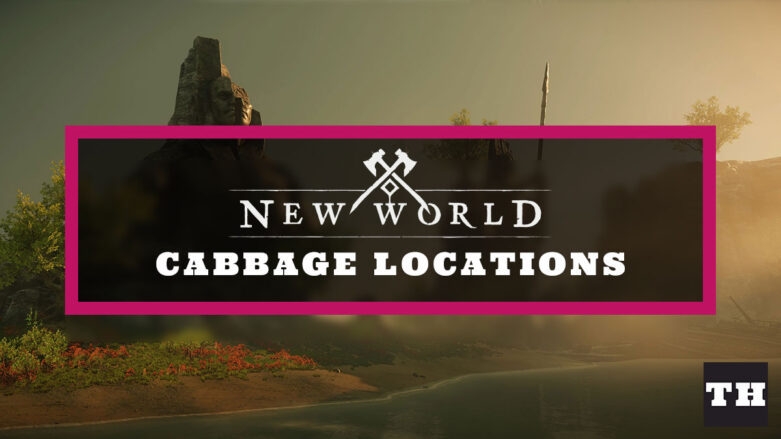 New World is the newly released MMO by Amazon Games Studios that will take you into the exploration of a fictional land that is based off of the Americas. You will be looking to harvest resources, make items, get control of settlements, complete quests, explore, PVP, or fight off monsters. As you head into this dangerous world, you will want to know how to get yourself some Cabbage for cooking! We’ll show you how in this guide.

To get Cabbage in New World, you will need to head to farm areas on the map. These locations can be found in different regions of the game and include Ebonscale Reach, Everfall, Monarch’s Bluffs, and Windsward. Cabbage is a Tier 3 ingredient, so they are generally a bit more difficult to find.

Cabbage can also be obtained from a Food Supply Carts. These are located in both Windsward and Reekwater! The one problem with these carts is that you can only gather from them if your Faction has control of the region. If you open your map, you will see a color that represent the faction that is currently in control. If it is not the faction that you have chosen, then you won’t be able to get anything from the cart.

The best way to get yourself some Cabbage is just by gathering. Credit to New World Map for the images featured below.

Windsward has two easy to get to locations near the settlement. You could easily go back and forth between them to do a quick farm if you are in desperate need of some leafy greens.

Monarch’s Bluffs also has two spawn locations, with one of them being particularly close to the town. If you are in need of some quick Cabbage, you can easily get it from the settlement.

Ebonscale Reach has a couple of spawns, but they are pretty far south in the region. You can get there by going north from the Monarch’s Bluffs settlement, or you can fast travel via the nearby Spirit Shrine.

If you want the most Cabbage found in one area then you’ll want to head to Everfall. Just northwest of the town is an area with quite a few spawns of the green stuff.

Cabbage is used in the following recipes:

That’s everything we know about getting Cabbage in New World. You will find details on a lot more things about the game in the New World section of our website!